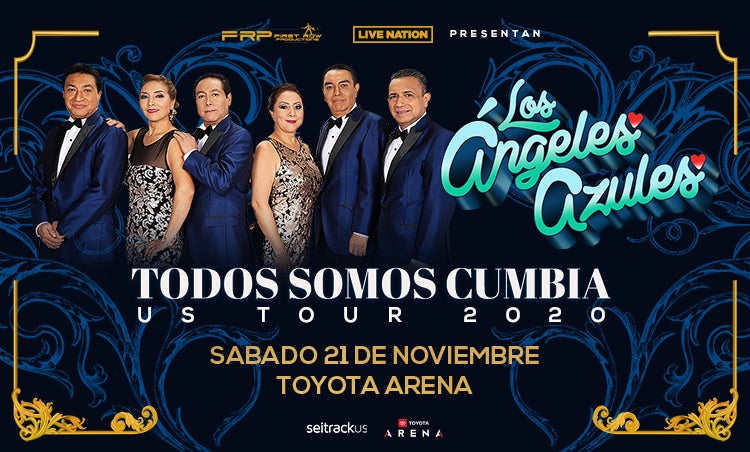 Los Ángeles Azules, the creators of the Symphonic Cumbia and one of the most important artists of the genre in Mexico and Latin America, announced an additional 18 dates have been added to their upcoming “Todos Somos Cumbia U.S. Tour 2020."

Produced by Live Nation, the tour will kick off February 28th in Laredo, TX and make stops in Houston, New York, Chicago, Los Angeles and more, before wrapping November 21st in Ontario, CA.

The Mejía-Avante brothers originally from Iztapalapa, Mexico have taken their music to the world's most important stages and festivals such as Coachella and Vive Latino. The group continues to reap innumerable achievements and concluded their 2019 “Esto Si Es Cumbia” tour with more than 40 dates and 25 sold out shows in the United States alone.

Fans can expect to enjoy classics from the group including "Nunca es Suficiente", "Mis Sentimientos", "17 Años", "Cómo te voy a olvidar" and "El Listón de tu Pelo" among many others.  In addition, they will be playing new hits such as "Amor a Primera Vista,” which topped the #1 spot on the radio charts in Mexico, with the U.S. video exceeding 204M YouTube views, and “Acaríñame,” the first single from their new latest musical project “De Buenos Aires para el Mundo”;  album recorded live in Argentina.

Tickets for the newly added dates are on sale now at the Toyota Arena box office and ticketmaster.com.