Warmer In The Winter Christmas Tour 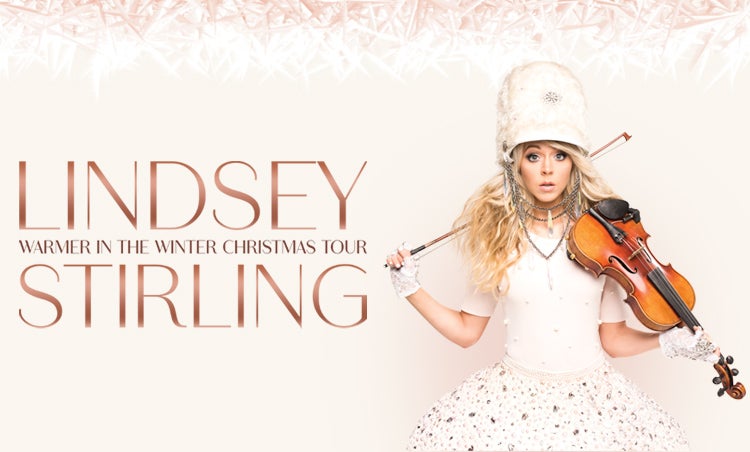 Lindsey Stirling remains fearless enough to always dream big. In the over five years since the release of her 2012 self-titled debut, the electronic music impresario, violinist, dancer, and artist quietly and humbly became one of the 21st century’s most innovative stars by clinging to her groundbreaking vision of cinematic violin-driven electronic music. After bowing at #2 on the Billboard Top 200 and #1 on the Dance/Electronic Album Chart, holding #1 on the Classical Album Chart for 21 consecutive weeks, and receiving a Billboard Music Award for “Top Dance/Electronic Album,” her sophomore opus Shatter Me would not only garner an RIAA Gold certification, but it would rank as the #2 Dance/Electronic Album and #1 Classical Album on Billboard’s 2015 Year-End charts. Attracting over 11 million subscribers and 2 billion-plus views on YouTube, in 2015 Forbes placed Lindsey at #4 on its yearly YouTube artists list, making her the highest-ranked female. Her headline tours would play to a cumulative audience of over 500,000 people worldwide, and her literary debut The Only Pirate at the Party—co-written with her sister Brook S. Passey—became a New York Times Bestseller. Lindsey’s third-studio album Brave Enough, debuted at #5 on Billboard’s Top 200 Album Chart, went on to score the #1 spot on Billboard’s year-end Top Dance/Electronic Album list and earned Stirling a 2017 Billboard Music Award for “Top Dance/Electronic Album”.  In 2017, Lindsey released her first ever holiday album titled Warmer in the Winter. Featuring classic and original songs, the album went on to become the #1 new Christmas album of 2017, ahead of pop music heavyweights such as Gwen Stefani and Sia. It was also the best-selling new holiday album and the best performing holiday album on Pandora with over 40 million spins.  She was also the runner-up on Season 25 of ABC’s hit show “Dancing with the Stars” with her partner Mark Ballas A motivational speaker in her spare time, Stirling uses her own story to show teenagers that you’ve got to have confidence in the very thing that makes you unique – then wait for the world to catch up.

Preferred Parking is extremely limited and can be purchased in advance on Ticketmaster.com.

Preferred Parking offers guests the most convenient access into the Arena. Lot I is located on the North West side of our venue, which is easily accessed from 4th Street and Via Asti.  Once parked, guests will experience swift entry to the Arena through the North West Entrance.