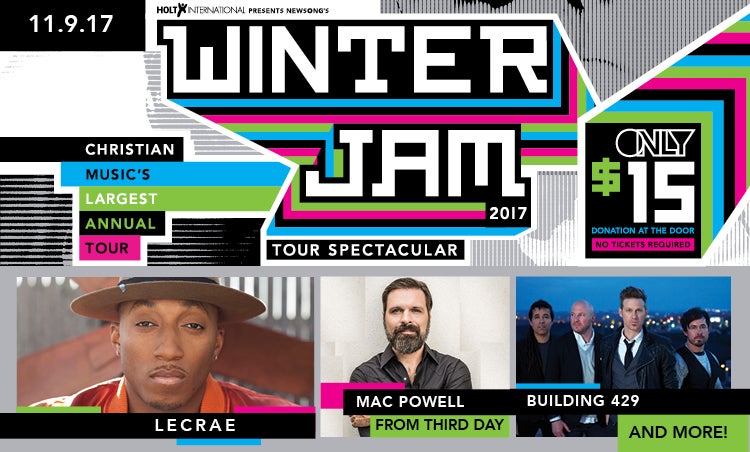 “For the past seven years, we’ve been honored to bring Winter Jam to the West Coast,”
said Eddie Carswell, tour creator and NewSong co-founder. “Every year has been a step
of faith, as we are committed to sharing these great artists and the Gospel message
nationwide."

"Winter Jam has been a positive force in the music industry for decades now, and it's a
date we look forward to annually,” adds Alyssa Meyer, assistant director of marketing &
brand development at Boise's Taco Bell Arena. “It's a win for all involved when uplifting
music and ecstatic fans come together for a night of true celebration."

Created and hosted by one of Christian music’s most beloved bands, NewSong, Winter
Jam exploded from a single show in 1995 to become Christian music’s benchmark tour.
Throughout two decades, Winter Jam has helped provide a powerful platform for the
Gospel in major arenas nationwide, consistently showcasing the genre’s top artists.
For further information, visit jamtour.com or turningpointpr.com. Follow Winter Jam on
Twitter and Instagram.

FREE Entry for Active Military and Veterans in honor of Veterans Day weekend.