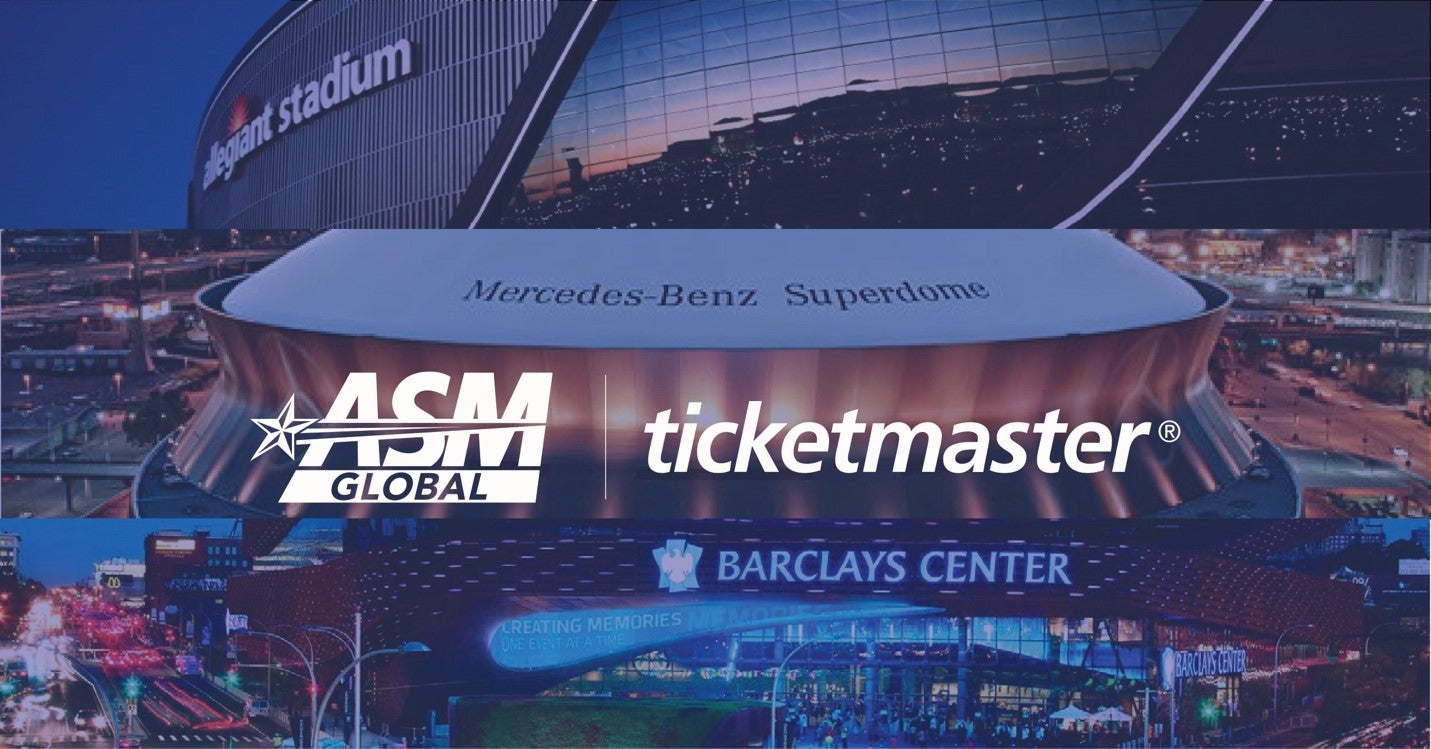 ASM’s venues produce a vast array of events with partners ranging from professional sports to family entertainment and premier concerts with the world’s top promoters including AEG and Live Nation. ASM Global is also expanding its relationship with Ticketmaster by enabling the company to conduct ticket sales for Live Nation-promoted shows at other ASM Global venues throughout North America.

The partnership will give the more than 8 million fans that come to ASM’s venues each year easy access to the most sought-after live experiences in the U.S. and Canada. Ticketmaster is focused on creating solutions that help venues and event operators make the event-going experience easier for fans. With digital tickets, fans receive the benefits of state-of-the-art venue access with contactless entry, mobile box office support, instant transfer when sending a ticket to a friend or selling it to another fan, as well as anti-counterfeiting features, which eliminate ticket fraud by using an encrypted barcode that refreshes automatically every few seconds. Ticketmaster’s foundation of digital ticketing enables the rollout of regular upgrades and innovations.

ASM Global President and CEO Ron Bension said, “With amazing content in all of our venues as a powerful foundation, we continue to discover imaginative new methods that leverage breakthrough technologies to create unparalleled consumer journeys including innovative food and beverage and premium VIP treatment for fans. Aligning with industry leaders like Ticketmaster is a critical component in providing millions of people with the most seamless and secure live experiences.”

“ASM is our largest partner in North America, and we are proud to grow our great work together,” said Michael Rapino, president and CEO, Live Nation Entertainment. “We are committed to supporting ASM’s efforts to provide fans with best-in-class ticketing and fan-engagement now and into the future."

Ticketmaster’s Live Analytics dashboard will enable ASM to build stronger relationships with its fans. The analytics platform will provide ASM with insights and tools for better fan engagement across events of all kinds.

“We are committed to helping ASM deliver world-class events where the ticketing process elevates the entire fan experience,” said Mark Yovich, president, Ticketmaster. “Like Ticketmaster, ASM cares deeply about the customer journey and the value of building strong relationships with fans from the moment they purchase a ticket to well after the event ends.”

Ticketmaster is the world’s largest ticket marketplace and the global market leader in live event ticketing products and services. Through official partnerships with thousands of venues, artists, sports teams, festivals, performing arts centers and theaters, Ticketmaster typically processes more than half a billion tickets per year across more than 30 different countries. Ticketmaster’s headquarters are based in Hollywood, California, and is a part of Live Nation Entertainment (NYSE: LYV).

ASM Global is the world’s leading producer of entertainment experiences. The company was formed by the combination of AEG Facilities and SMG, global leaders in venue and event strategy and management. The company’s elite venue network spans five continents with a portfolio of more than 300 of the world’s most prestigious arenas, stadiums, convention and exhibition centers, and performing arts venues. From Aberdeen to Anchorage and Sydney to Stockholm, its venues fuel live entertainment worldwide.