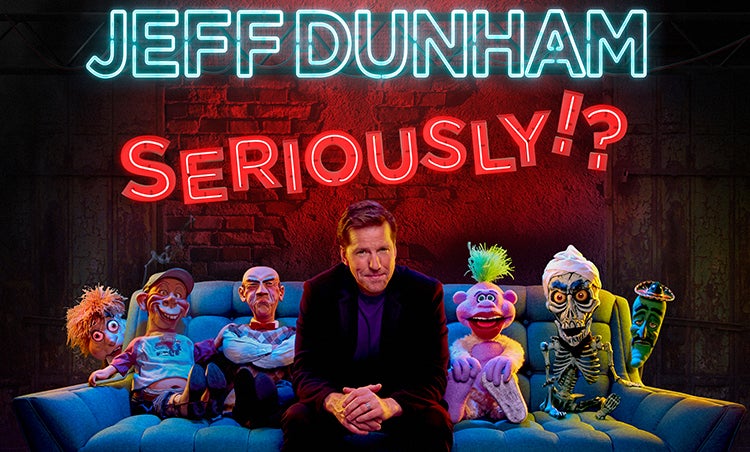 For the past twelve years, Jeff Dunham and his somewhat-inappropriate-proteges, Peanut, Walter, José Jalapeño, Bubba J. and Achmed the Dead Terrorist, have filled arenas across the U.S. and the world with their multiple, blockbuster tours. Dunham and his cohorts will set out on their brand-new international tour, “JEFF DUNHAM: SERIOUSLY!?” coming to Toyota Arena May 3, 2020. Tickets to the general public go on sale Monday, October 7th at the Arena Box Office, ticketmaster.com and www.jeffdunham.com.

In addition to Dunham’s new tour, the world-renowned performer’s new Netflix Originals stand-up special entitled “Jeff Dunham: Beside Himself” premiered this past September. This is Dunham’s second Netflix Originals special, and the eighth in his string of record-breaking stand-up television events. The impressive event was shot in front of 16,000 fans in his hometown of Dallas, Texas, where Dunham introduced his new character, “Larry”, the personal advisor to the President, who has now earned his spot with the troop on the tour.

Dunham has built an entertainment empire over 30-plus years of non-stop touring and performance innovation. With 10 million followers on Facebook and 2 million YouTube subscribers, amassing well over a billion views, the comedian/ventriloquist has carved out his own unique space in the comedy world.  His accomplishments have led to record-breaking viewership with his standup specials on Netflix, NBC, and Comedy Central.  His astonishing arena packing power puts him on par with major music acts like Luke Bryan and Metallica.

About Toyota Arena
Toyota Arena, built and owned by the City of Ontario, operated by ASM Global, can accommodate over 11,000 guests. The 225,000 square foot venue features 36 luxury suites located on two levels and a continuous concourse hosting a variety of concession and refreshment stands, merchandise kiosks, the San Manuel VIP Club and other fan amenities. Toyota Arena hosts over 125 events annually including concerts, family shows, and sporting competitions. The Arena is home to several sport teams including: Ontario Reign (American Hockey League), Ontario Fury (Major Arena Soccer League), Aqua Caliente Clippers of Ontario (G League Basketball), and LA Temptation (Legends Football League). Since opening in 2008, Toyota Arena is the biggest and most modern arena within the Inland Empire, an area with over 4.3 million people. It is located in Southern California, in the City of Ontario, on a 37-acre parcel located between Haven Avenue and Milliken Avenue, Fourth Street and the Interstate 10. For more information and future updates please visit: Toyota-Arena.com.

About ASM Global
ASM Global is the world’s leading venue management and services company. The company was formed by the combination of AEG Facilities and SMG, global leaders in venue and event strategy and management. The company’s elite venue network spans five continents, with a portfolio of more than 300 of the world’s most prestigious arenas, stadiums, convention and exhibition centers, and performing arts venues. From Aberdeen to Anchorage, and Sydney to Stockholm, its venues connect people through the unique power of live experiences. ASM Global’s diverse portfolio of clients benefit from the company’s depth of resources and unparalleled experience, expertise and creative problem-solving. Each day, the company’s 61,000 passionate employees around the world delivers locally tailored solutions and cutting-edge technologies to deliver maximum results for venue owners, and operations, and amazing experiences for guests. By consistently looking for new ways to envision, innovate and empower the spaces and places that bring people together, ASM Global elevates the human spirit while delivering the highest value for all stakeholders. For more information, please visit www.asmglobal.com. 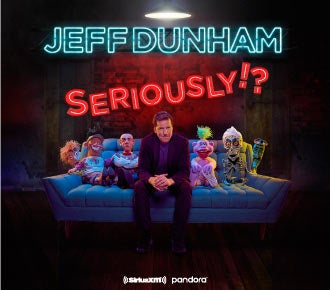