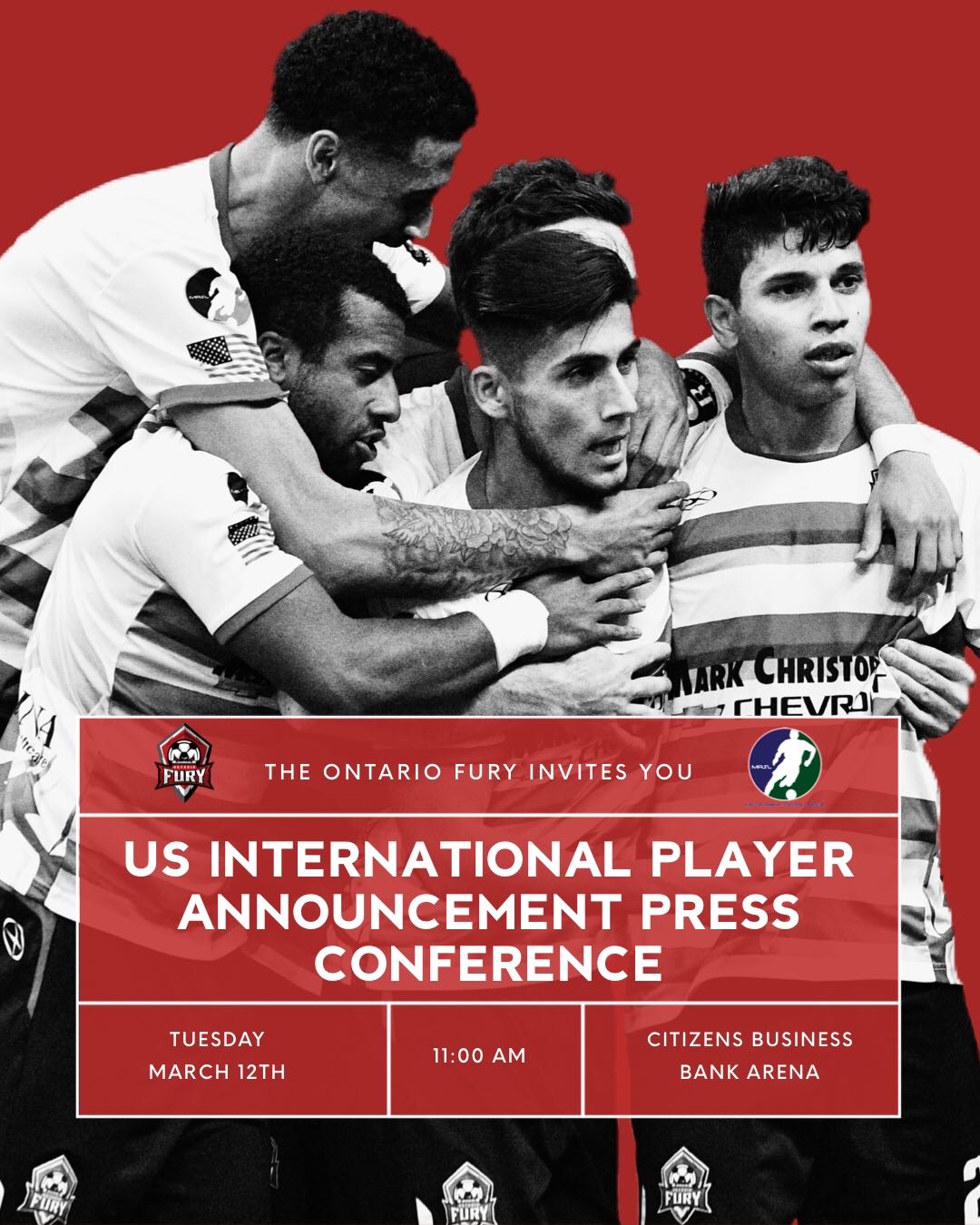 The Ontario Fury is set to announce the signing of a former U.S. Men’s National Team and FIFA World Cup star on Tuesday, March 12. The general public and members of the media are invited to attend the official signing press conference at 11 a.m. PT at Citizens Business Bank Arena in Ontario. Among the attendees will be Fury President Bernie Lilavois, Head Coach Jimmy Nordberg, the club’s ownership group, players and staff, and the latest addition to the Fury roster.

Anyone interested in attending the press conference should take advantage of free parking in lot F and enter the venue via the San Manuel Club entrance. Light snacks and beverages will be provided at the event.