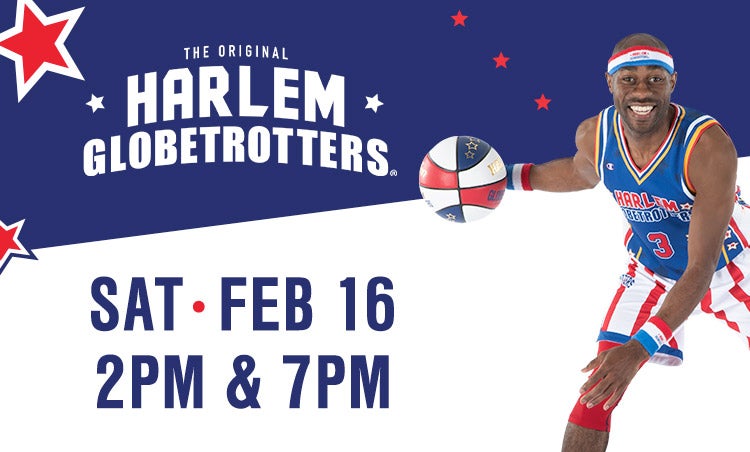 The world famous Harlem Globetrotters announced today that the team is offering complimentary game tickets to any U.S. government employee currently on furlough to the 2019 Fan Powered North American tour.

“As the Ambassadors of Goodwill, we want to show our support to all those government workers whose paychecks, and by extension their families, are directly impacted,” said Globetrotter President Howard Smith.

Any U.S. government employee currently on furlough can show their valid government ID at their local box office and receive two complimentary tickets to a Harlem Globetrotter game in North America while supplies last.  The offer is only valid during the current government shutdown and is not valid on previously purchased tickets. Quantities are limited and seat locations vary by venue.  Fans are asked to check with their local box office for details.

The Globetrotters, in the midst of their 93rd consecutive season, are currently touring North America as part of their 2019 Fan Powered World Tour, which will see the team play in more than 250 North American markets, as well as 30 countries worldwide. Tickets are now available at harlemglobetrotters.com.

The Harlem Globetrotters® are legendary worldwide, synonymous with one-of-a-kind family entertainment and great basketball skills for the past 92 years. Throughout their history, the Original Harlem Globetrotters have showcased their iconic talents in 123 countries and territories on six continents, often breaking down cultural and societal barriers while providing fans with their first-ever basketball experience. Proud inductees of the Naismith Memorial Basketball Hall of Fame, the Globetrotters have entertained hundreds of millions of fans – among them popes, kings, queens, and presidents – over nine thrilling decades. Sponsored by Tum-e Yummies and Baden Sports, Harlem Globetrotters International, Inc. is a wholly-owned subsidiary of Herschend Enterprises, the largest family-owned themed entertainment company in the U.S. For the latest news and information about the Harlem Globetrotters, visit the Globetrotters' official Web site:www.harlemglobetrotters.com and follow them on Twitter @Globies.