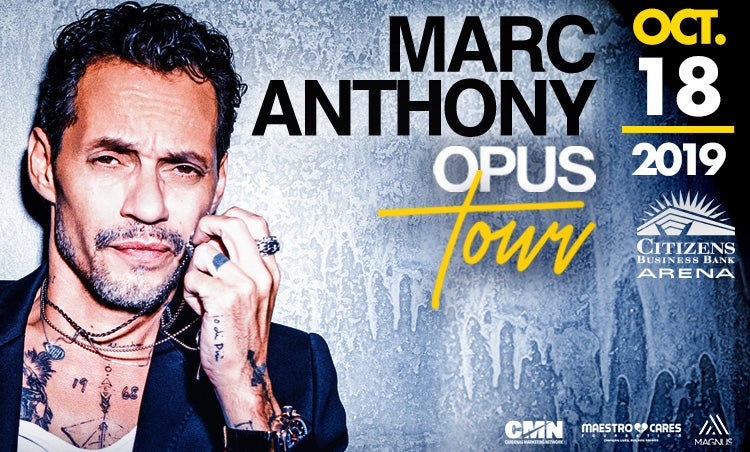 TICKETS ON SALE TO THE GENERAL PUBLIC FRIDAY MAY 10th at 10:00AM

at the Arena Box Office and ticketmaster.com

Ontario, CA –May 7, 2019 – Just days after the official announcement of his new studio album “OPUS”, Marc Anthony is announcing dates for the OPUS U.S. Tour.

Tour fan pre-sale is scheduled for May 8th at 10am, other pre-sales runs from Thursday, May 9th at 10am thru Friday May 10th at 9:59am. Tickets for the general public are available May 10th at the Arena Box Office and ticketmaster.com.

OPUS, Marc Anthony’s forthcoming May 10, 2019 release on Magnus Media / Sony Latin Music, is his first new studio album in six years, and his eighth salsa album in the 26 years since Otra Nota (1993) established him.

Recorded in Miami at Art House Society and Criteria Studios, OPUS is a blistering-hot set of state-of-the-art salsa that finds Marc Anthony teaming up once again with pace-setting producer / pianist Sergio George, who produced Marc’s first salsa megahits and co-produced his 2013 album 3.0 (which was certified 8x Latin platinum). Their imaginative, innovative, and massively popular productions revolutionized the sound of music, bringing millions of young listeners to tropical music.

Marc Anthony is one of the most influential artists of his time and a true ambassador of Latin music and culture. He has received countless gold and platinum certifications from the Recording Industry Association of America (RIAA) and has been credited with over 30 Billboard chart hits and over 4.7 Billion views on YouTube. His latest album, Marc Anthony 3.0, released July 23, 2013, has received an American Music Award; a GRAMMY® Award nomination; five Premios Lo Nuestro; two Premios Juventud; ten Billboard Latin Music Awards; three Billboard Awards; and a special recognition from the Univision television network.

Anthony has also established a highly credible acting résumé. Besides his music and acting accomplishments, in 2012, the six - time GRAMMY® and Latin GRAMMY® Award winner launched the Maestro Cares Foundation, hosting a series of fundraisers throughout the year to benefit the non-profit organization and build orphanages in Latin America. He also has his own clothing and accessories line for Kohl’s, and he is a minority owner of The Miami Dolphins. His entertainment and sports venture Magnus Media, is the leading Latin artist and athlete representation company in the nation, and focuses on developing new ventures that bridge content creation and commerce.

On November 16th Anthony received the prestigious “Person of the Year” honor from the Latin Academy of Recording Arts and Sciences. In September of 2017, Marc Anthony and Magnus created the alliance of artists and athletes Somos Una Voz, to help provide humanitarian relief to areas affected by natural disasters throughout the southern United States, Mexico, Puerto Rico and other affected areas in the Caribbean.

CMN is the authority in Latin entertainment. As a multicultural creative agency, our common goal is to create and build unique experiences between fans, artists and brands. Henry Cárdenas, entrepreneur, philanthropist and founder of CMN, has been pioneer in bringing Latin entertainment and sports to the United States. The Chicago-based company has more than 100 full-time professionals constantly creating cutting-edge marketing experiences and producing the best events in the country. To learn more about CMN and its roster of artists, visit www.cmnevents.com or follow us at @cmnevents.

Citizens Business Bank Arena, built and owned by the City of Ontario, operated by SMG, can accommodate over 11,000 guests. The 225,000 square foot venue features 36 luxury suites located on two levels and a continuous concourse hosting a variety of concession and refreshment stands, merchandise kiosks, the San Manuel VIP Club and other fan amenities. Citizens Business Bank Arena hosts over 125 events annually including concerts, family shows, and sporting competitions. The Arena is home to several sport teams including: Ontario Reign (American Hockey League), Ontario Fury (Major Arena Soccer League), Aqua Caliente Clippers of Ontario (G League Basketball), and LA Temptation (Legends Football League). Since opening in 2008, Citizens Business Bank Arena is the biggest and most modern arena within the Inland Empire, an area with over 4.3 million people. It is located in Southern California, in the City of Ontario, on a 37-acre parcel located between Haven Avenue and Milliken Avenue, Fourth Street and the Interstate 10. For more information and future updates please visit: CBBankArena.com.

Director of Marketing and Communications 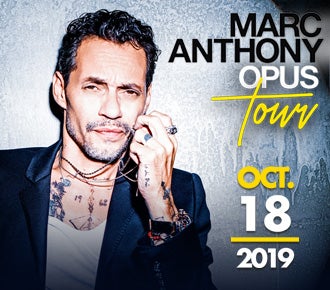