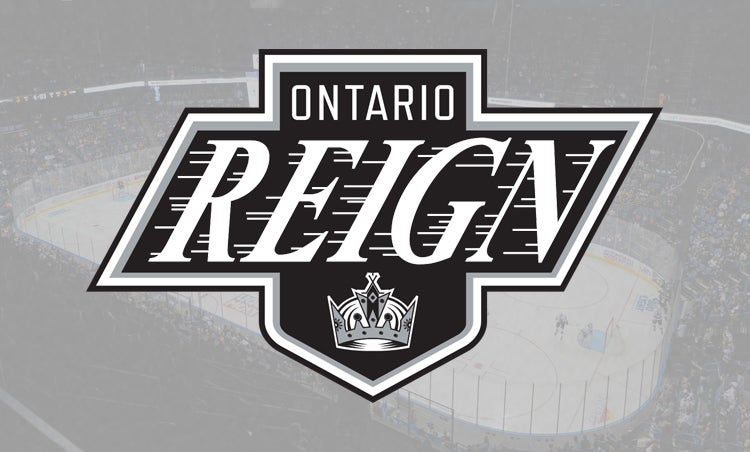 ONTARIO, CA – The Ontario Reign, proud American Hockey League (AHL) affiliate of the Los Angeles Kings, have announced their full regular-season schedule for the 2019-20 season, their fifth as a member of the AHL.

For the first time in AHL franchise history, the Reign will begin the regular season on home ice, as they host the San Jose Barracuda on Friday, October 4 at 7:00 p.m., followed by their first road tilt of the season on Saturday, October 5 in Bakersfield. Ontario will also conclude its campaign on home ice against San Jose, on Saturday, April 11 at 6:00 p.m.

Highlights of the 2019-20 Reign regular-season schedule –

The longest road trips of the season are also five games, occurring twice – December 28 through January 8 and January 24 through February 7, with the latter sandwiched around the 2020 AHL All-Star Classic presented by Ontario International Airport.

Additionally, the Reign have announced their 2019 preseason schedule. Ontario will take on the San Diego Gulls in a home-and-home set. Ontario will host San Diego for “Cool School” on Thursday, September 26 at 10:00 a.m. at Toyota Arena and the two teams will also square off at Honda Center in Anaheim on Monday, September 30 at 7:00 p.m. Visit ontarioreign.com/coolschool for more information on the Reign’s home preseason game.

The Ontario Reign will begin the 2019-20 season, their fifth as members of the American Hockey League, in October 2019. For more information on the upcoming season, as well as the 2020 AHL All-Star Classic, to be held in Ontario on January 26 and 27, visit ontarioreign.com, and to secure your seats with a Reign ticket plan, call 909.941.7825.