(Ontario, CA) – Friday, September 7, 2018 –Trans-Siberian Orchestra (TSO) announced its highly-anticipated Winter Tour 2018 will be returning to Ontario’s Citizens Business Bank Arena. TSO’s annual November-December multi-sensory extravaganza, which sells out venues year after year, has cemented the group’s status as a must-attend, multi-generational, holiday tradition. This year’s 20th anniversary tour, a presentation of TSO’s unforgettable “The Ghosts of Christmas Eve,” featuring founder/composer/lyricist Paul O’Neill’s timeless story of a runaway who finds her way into a mysterious abandoned theater, is set to begin on November 14th and will visit 65 cities across North America, for 100-plus performances, before concluding on December 30th (see full itinerary below). TSO’s Winter Tour 2018 is presented by Hallmark Channel.

KOLA 99.9 Classic Hits are proud to welcome TSO when they return to Citizens Business Bank Arena for their 2018 North American tour! Tickets for both shows go on sale Friday, September 14, 10am with a portion of the proceeds benefitting the Loma Linda University Children’s Hospital Foundation courtesy of TSO.

As in all previous years, a portion of every ticket sold benefits select local charities. To date, more than $15 million has been distributed from TSO to worthy charities across North America.

Tickets go on sale Friday, September 14 at 10am at ticketmaster.com and the Arena’s Box Office. Applicable fees may apply.

On September 28, Rhino Entertainment will release a 20th Anniversary Edition of The Christmas Attic on CD and digitally. A vinyl version of the release will be available November 23. The second installment in The Christmas Trilogy tells the story of a little girl who spends nights in an attic filled with yuletide reveries, while guitar solos and choral vocals soar over a rock orchestral backing across 16 tracks, including a previously unreleased on CD and vinyl version of “Christmas Jam (Live).”

Since its historic touring debut, TSO has played more than 1,850 Winter Tour shows for more than 15 million fans, with tour grosses of more than $675 million. The group has also sold 12 million albums and DVDs.

Since opening in 2008, Citizens Business Bank Arena is the biggest and most modern arena within the Inland Empire, an area with over 4.3 million people. Located in Southern California, in the City of Ontario, Citizens Business Bank Arena is on a 37-acre parcel located between Haven Avenue and Milliken Avenue, Fourth Street and the Interstate 10. For more information and future updates please visit CBBankArena.com. 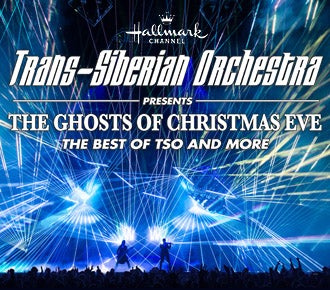