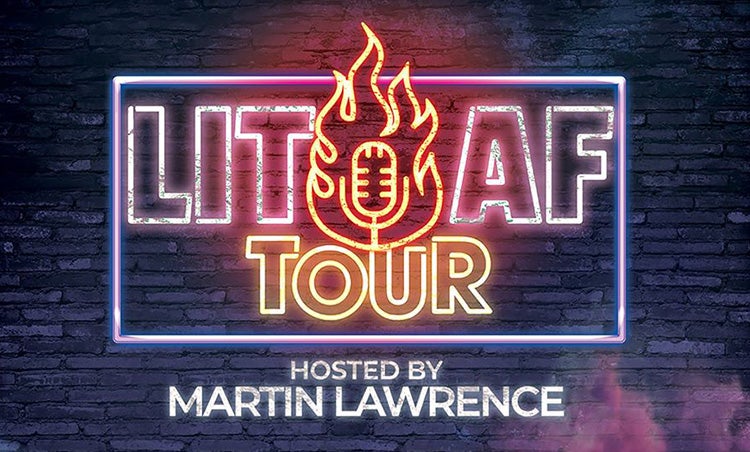 Catch the Funniest Tour of the Year!

Martin Lawrence is Lit AF in 2020, and he's coming to an arena near you to prove it!  The legendary standup and actor is back with a hilarious new set of material, and he's inviting along friends like Rickey Smiley, Lil Duval, Lil Rel, Hannibal Burress, Adele Givens, DeRay David, and Michael Blackson to make sure his show is the funniest one of the year.

"Being on the road with this group of funny AF comedians is a blast," Lawrence said while discussing the trek. "No two shows are the same we all bring something different to the party."  If that sounds like fun to you, then get your tickets right away!

*Lineup subject to change without notice